With the longest coastline in the world and tens of thousands of lakes, Canada has a lot to offer the fishing enthusiast. Whether you pack up your carp gear Toronto or head north for some ice fishing, you are sure to find a good spot, but the sheer possibilities may be overwhelming. To help make your quest a little easier, here are some of the top Canadian fishing spots from east to west. 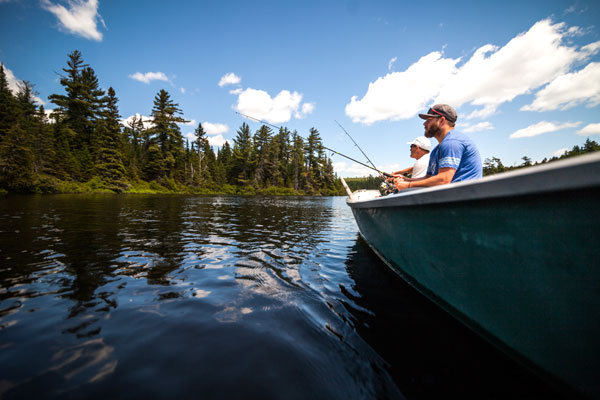 Located on the Atlantic Ocean, Prince Edward Island is the place to go if you’re looking to land the big saltwater fish, such as shark or mackerel. North Lake specifically is known as the “Tuna Capital of the World,” and if you have three hours or so to spend in combat with a fish, you may emerge victorious from battle by landing a 600- to 1,200-pound bluefin.

2. Lake of the Woods

Situated in Ontario, Lake of the Woods is highly regarded as one of the best fisheries not only in Canada but on the entire North American continent. The fishing on Lake of the Woods is good all year long due to the diverse ecosystem, the thousands of miles of shoreline, and the thick layer of ice that forms around mid-December.

Though Saskatchewan’s Lake Diefenbaker is an artificial lake, the quality of the fishing there is an act of serendipity. A large number of rainbow trout ended up in the lake approximately 10 years ago after escaping from a nearby fish farm. The largest rainbow trout ever caught, weighing in at a record 48 pounds, came out of Lake Diefenbaker. However, the days of potentially breaking the record are numbered because the rainbow trout in Lake Diefenbaker cannot breed.

People who are serious about ice fishing may want to make the trek up to Yellowknife, the capital of the Northwest Territories. Come for the artic grayling and whitefish, stay for the magnificent aurora borealis on full display throughout the months of November to early April. If you’re worried about having to rough it in a harsh northern climate, don’t be; the fishing lodges available to stay in are actually quite comfy. Yellowknife is also good for summer fishing, with northern pike reach up to 40 pounds and lake trout a whopping 75.

Those interested in salmon fishing should head for the Campbell River in British Columbia. During the summer, five different species of salmon swim up streams and rivers to spawn the next generation. The Campbell River plays host to all of them at various times from July to September.

Canada’s extensive water access and largely untouched natural wonders make it a superb destination for fishing all through the year.