Why Does My Tree Foam When It Rains?

Taking care of trees in your home is extremely fulfilling.  When you witness a tree growing from its early years you tend to get attached to them and a certain bond begins to form between the both of you.  Naturally, you’ll do anything you can to take care of your tree and prevent it from getting sick, being overcome by disease, or die from multiple reasons. 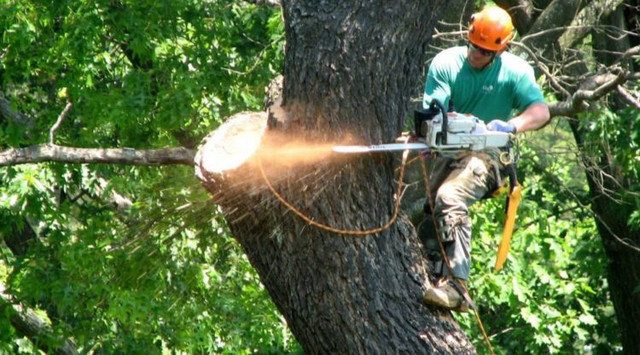 When your tree starts going through changes, and you notice things on your trees that you had not previously seen before, you get nervous and wonder if your tree is sick or diseased.  One thing that could cause concern is when your tree foams when it rains.  So why does it happen?

Let me begin by saying that the presence of foam during and after a rain storm is generally nothing to be concerned about.  Foam is caused by the chemicals released by the tree bark.  As the rain water flows down the tree, the chemicals alter the surface tension of the water and allows air to enter the water.  As a result, what you see is an accumulation of foam at the base of your tree.

Although it may look odd to see foam, potentially you might even think there is a threat of disease or fungus, but we assure you that’s not the case.  Instead, enjoy the view as the sun will soon dry up the rain water along with the foam.

Is this the same as slime flux?

This occurrence is not the same as slime flux.  Slime flux is caused by some type of trauma that took place directly onto the tree.  Causes typically include things such as growth cracks, birds, lawn mowers, cat scratches, and wounds from pruning.  When these wounds are inflicted, naturally occurring bacteria mixes with sap that oozes from the wound.  Eventually the bacteria ferments in the wound and releases an odorous gas mixture of methane, nitrogen, oxygen and carbon dioxide.  The sap eventually gets exposed to airborne bacteria and other fungus causing it to turn into “slime flux”.

Slime flux does not necessarily have a “cure”.  If it would make you feel more comfortable, you could contact your local tree service company who can help you treat the problem.  You’ll find that they treat tree bark like a doctor would treat a wound on your own skin.  Using a disinfectant like rubbing alcohol, the wound would receive several applications throughout the course of several days.  Eventually the sap would stop oozing out and insects would not be drawn to the tree any longer.  Giving the tree enough time, the wound will heal naturally and the tree will survive without disease.

What are the signs of a dying oak tree?

Oak trees can be found in many areas of the North American continent, in particular, the northern areas of the United States and Canada.  They are known for their durability and size, oftentimes providing much needed shade in the summertime and the ability to allow light to pass through it in the winter time.  Unfortunately, Oak trees are still susceptible to severe disease and death.

If you suspect that disease has taken over your tree and that it is now to the point where it could be dying, here are a few signs to look out for.

Yellow leaves – leaves are the first sign to tell you that a tree is in distress.  When a tree is not getting the proper nutrition or nourishment from the ground or sunlight, it redirects all of its nutrients to the critical areas that need it most.  Any excess might go to where it’s needed least, which are the leaves.  If you notice a drastic change in color, this is the first sign that something is not right.

Loss of foliage – eventually when the leaves stop getting enough nutrients and food, they will be too brittle and weak to remain on the tree branch and they will fall.  When you notice that your tree is bare, especially in the summertime, it’s time to take some action.

Visibly rotted roots – Oak root rot is actually a common occurrence in North America where climates are more humid.  This is caused by the combination of fungi and water mold.  As the two are allowed to proliferate, the fungus becomes so excessive that you need to contact a tree removal company to cut down the tree or provide disease management.

Decaying bark – surely Oak isn’t the only species of tree that has bark, but if you notice that the bark on your Oak tree is extremely brittle and chips away with the slightest contact then there is a high chance that an underlying issue is causing this problem.  Tree bark should be extremely tough and durable and should never just peel off.  The bark of a tree is what keeps birds, rodents, insects and other animals from penetrating the tree and exposing it to bacteria and other fungus that could cause deadly infections.